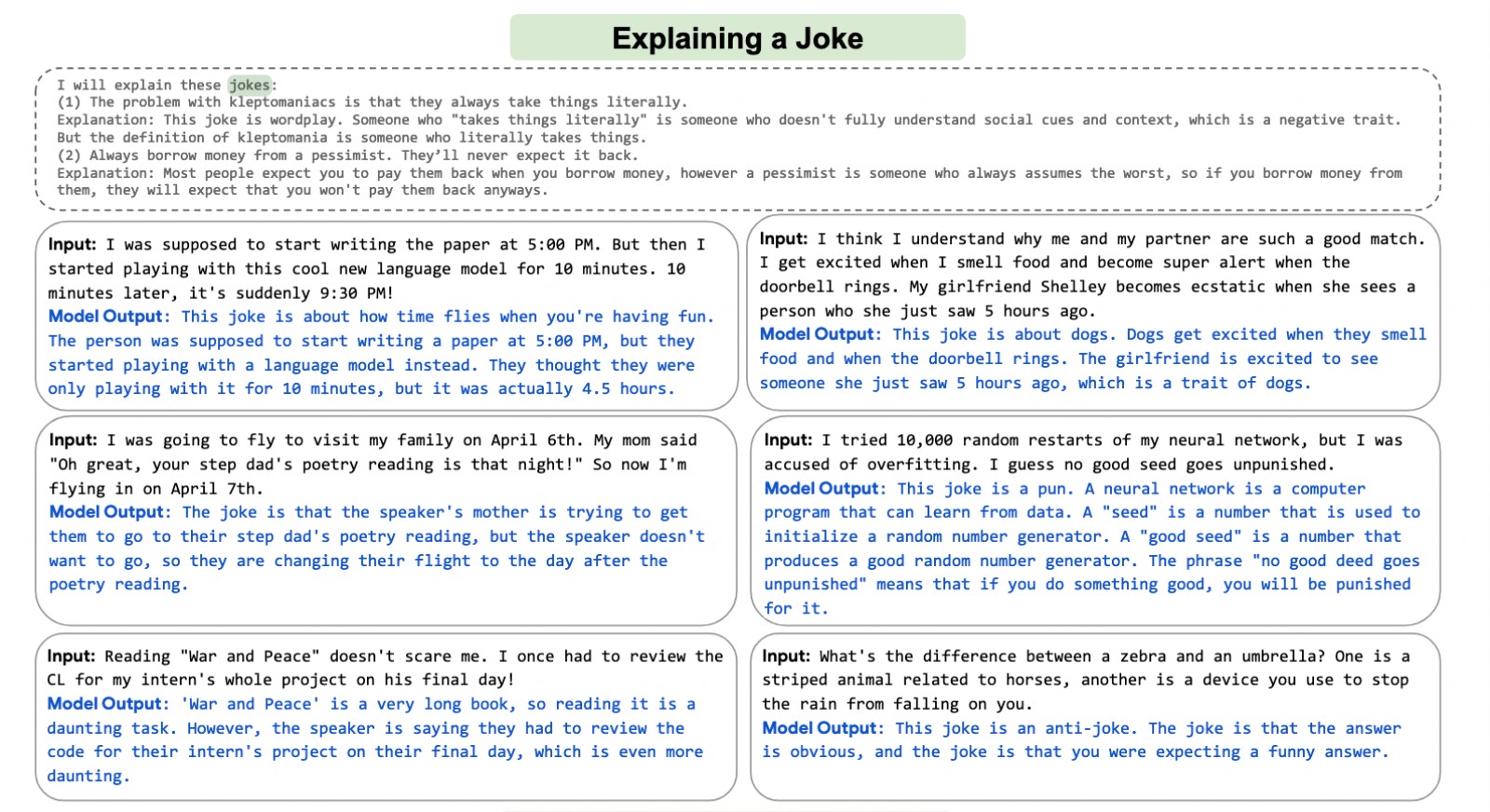 “Large Language Models (LLMs) like GPT-3 have allowed chatbots to produce uncanny and disturbingly accurate human communication—so much so that it’s often hard to tell what is machine-generated and what is written by a human. Now, in a recently published paper, Google’s research team claims to have trained a language model called PaLM which is capable not only of realistic text generation, but the ability to interpret and explain jokes told by humans.

In examples accompanying the paper, Google’s AI team shows off the model’s ability to do logical reasoning and other complex language tasks that are heavily dependent on context—for example, by using a technique called chain-of-thought prompting, which vastly improves the system’s ability to parse multi-step logic problems by simulating a human’s thought process…”