Philosophers On GPT-3 (updated with replies by GPT-3)

Philosophers On GPT-3 (updated with replies by GPT-3) 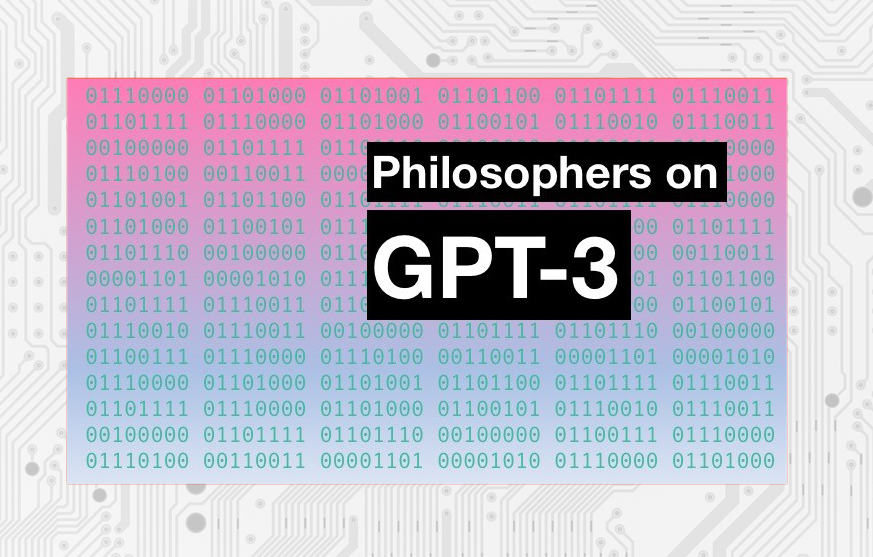 Nine philosophers explore the various issues and questions raised by the newly released language model, GPT-3, in this edition of Philosophers On, guest edited by Annette Zimmermann. Introduction Annette Zimmermann, guest editor GPT-3, a powerful, 175 billion parameter language model developed recently by OpenAI, has been galvanizing public debate and controversy. As the MIT Technology Review puts it: “OpenAI’s new language generator GPT-3 is shockingly good—and completely mindless”. Parts of the technology community hope (and fear) that GPT-3 could brings us one step closer to the hypothetical future possibility of human-like, highly sophisticated artificial general intelligence (AGI). Meanwhile, others (including OpenAI’s own CEO) have critiqued claims about GPT-3’s ostensible proximity to AGI, arguing that they are vastly overstated. Why the hype? As is turns out, GPT-3 is unlike other natural language processing (NLP) systems, the latter of which often struggle with what comes comparatively easily to humans: performing entirely new language tasks based on a few simple instructions and examples. Instead, NLP systems usually have to be pre-trained on a large corpus of text, and then fine-tuned in order to successfully perform a specific task. GPT-3, by contrast, does not require fine tuning of this kind: it seems to be able to perform a whole range of tasks reasonably well, from producing fiction, poetry, and press releases to functioning code, and from music, jokes, and technical manuals, to “news articles which human evaluators have difficulty distinguishing from articles written by humans”. The Philosophers On series contains group posts on issues of current interest, with the aim being to show what the careful thinking characteristic of philosophers (and occasionally scholars in related fields) can bring to popular ongoing conversations. Contributors present not fully worked out position papers but rather brief thoughts that can serve as prompts for further reflection and discussion. The contributors to this installment of “Philosophers On” are Amanda Askell (Research Scientist, OpenAI), David Chalmers (Professor of Philosophy, New York University), Justin Khoo (Associate Professor of Philosophy, Massachusetts Institute of Technology), Carlos Montemayor (Professor of Philosophy, San Francisco State University), C. Thi Nguyen (Associate Professor of Philosophy, University of Utah), Regina Rini (Canada Research Chair in Philosophy of Moral and Social Cognition, York University), Henry Shevlin (Research Associate, Leverhulme Centre for…